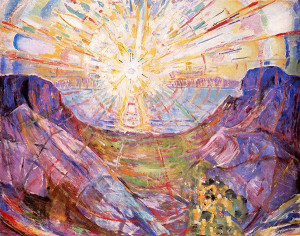 In this short paper I will focus on  meta-behaviors that were stressed in the Gestalt work of Fritz Perls. Fritz was very much a man of his times, and during the last years of his life he echoed and advanced attitudes that reflected the counter-culture of the late sixties.

His stress on individuating and self-support epitomized in his adage: “You do your thing, I do my thing” could be seen, in part, as a reaction against the conformist group-think that was an inherent part of Nixon’s “silent majority” of Americans. His personal objections to anybody telling him how to think or what to do were also well known.

The Philosophy of the Obvious (respond to the unfolding now) was another facet of Fritz’s Gestalt approach. It was congruent with “Be Here Now” aspects of the counter-culture, and could be seen as a push-back to the stress on the abstract and theoretical maintained by other segments of the psycho-therapeutic field. Aliveness and responsiveness were, and still are, values held by Gestaltists. Opening to the now through sensory awareness is integral to accessing that aliveness.

Lastly, in line with the growing popularity of Eastern religious approaches such as Zen at that time, “the paradox of change” was also part of the Gestalt teachings imparted by Fritz. The paradox lies in assuming that change does not come about through conscious efforting; but rather through an acceptance and experiencing of what is. This approach could easily morph into a counter-cultural “go with the flow”. Again, was seen as taking a stand against mainstream, effortful “trying”.

Thus many Gestaltists trained by Fritz valued being individualistically oriented; focusing on the now; downplaying abstract thinking; and adopting “go with the flow” attitudes.

All that was two generations ago, and since then relational Gestalt has to a large extent replaced the individualistic approach favored by Fritz. The importance of the connection between the therapist and the client has been stressed by Yontef and Jacobs among others.

Allowing the present moment to become figure in a variety of ways (what am I doing-wanting-seeing-hearing-feeling-touching-thinking at this moment) provides us with a portal to enter a new, unfolding world, – but stressing  the now may lead to a condescending attitude towards abstract thinking and discourage exploring the past and future.

Focusing on self-support may also shade into an attitude of self-sufficiency.

There are some areas of Gestalt where both sides of the polarity are fully acknowledged. Contact-withdrawal is one of them. Both interpersonal modes are seen as being vital to healthy functioning.

We are encouraged to reach out authentically and fully to the other; and to set up boundaries and withdraw when we so choose.

Embracing the “paradox of change”, can also be seen as paring down parts of our humanness. Specifically – our need and wish to impact our surroundings and make a difference. Again, we need to be discerning. There are times to press for closure and resolution; and times to acknowledge one’s limitations and not fight the flow.

Times to take responsibility and times to let others come forward and fill in the blanks that need filling. Times to be here now, and times to muse , remember, plan ahead.

It is when we accept ourselves and reality in all its roots, presence, and potential  that we are more likely to swim in the river of abundance.