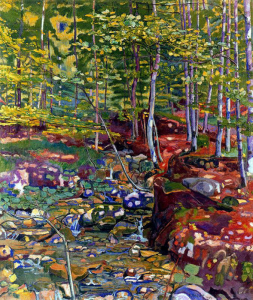 I only bother reviewing works that have enlivened and enlightened me. In sharing the appreciations and insights I’ve gained, they become that much realer for me.

This is the latest published (in English) short story by Haruki Murakami, and is part of the 90th Anniversary issue of the New Yorker. It’s the only fiction piece in that giant issue, and reflects his standing in the New Yorker pantheon of contemporary writers.

This is an amazing movie that pushes you along with it, thanks to the long camera pans that often have you looking over someone’s shoulder.

The movie was a pleasant surprise for me. A fairy tale for grown-ups .. written, directed, and acted by them .. for us.

Naipul goes into great detail regarding events that transpired centuries ago. He is the telepathic fly on the wall that records the thoughts, actions, and surroundings of British buccaneers, Spanish Conquistadores, and anti-colonial revolutionaries. The brutality and inhumanity of the times, torture and the horrors of slavery being among them, are vividly depicted.

He also shows us contemporary Trinidad, his homeland, where as a result of British and Spanish colonialism, Blacks, East Indians, Whites and Creoles gingerly interact.

What interests me are the lens through which he observes social injustice and misery through the ages.

I saw this movie on a cool, bright Saturday in my neighborhood theater at the foot of Solano Avenue. It was playing in both auditoriums and filling them. As I looked around for a seat, I noticed what has become a common phenomenon – I couldn’t spot anyone under fifty in the crowd. We have aged with Woody, and the audience seems to have aged well.

Before the “approved for this film” previews, we were treated to a cool, exciting trailer by Tanqueray. It featured a fictional bartender at a trendy NYC watering hole plying his trade. His lithe, athletic frame and the outstanding savoir faire he exhibited in mixing a drink; comforting a sad debutante; and diplomatically ejecting an unruly customer, marked him as an outstanding role model. Next time I have a gin martini (which is never) I will ask for Tanqueray.